An emotional day to get Warsaw Jumping CSIO 4* started

A Swiss rider Edouard Schmitz and his Quno have topped the ranking list of today’s most important competition of the Warsaw Jumping CSIO4* event – 150 cm Grand Prix qualification for the prize of the National Support Centre for Agriculture.
He posted a clear one on the 490 metre parkour with 12 obstacles – including three double combinations – on the way, in a time of 67,88 seconds.
The clear advantage in this against-the-clock rivalry was curve fluency and stride dynamics, which was no trouble to the 21-year-old former Alpine skier, which discipline he cherished well along with horse riding until recently.
‘A wonderful day, and a motivation kick to storm through the competitions to come quite as well, if not better. No way I am gonna share my strategies with anyone!’ – he summed up with a grin.
Beside the financial prize, the Swiss gained 50 world ranking points, not to forget his morning victory in the two-phase CSIYH (1YH), having reached the top with the 8-year-old stallion Illusion (KWPN/Don Diablo HX / Voltaire).
Just half a second behind came Wojciech Wojcianiec – the current champion of Poland – with the highly-experienced stallion Naccord Melloni. He seems to regain his shape after a less impressive performance in Sopot, which may appear promising in the perspective of the shows to come.
‘That was a fast one. No striking time differences among the top five. A great parkour to gallop through and a few interesting track solutions on the way.’ – said Wojciech Wojcianiec, finishing in 68,40 seconds.
As he has explained, he could not resort to anything more daring than the preceding jumpers did. A healthy bit of the awareness came through his being one of the last among the 45 to show up on the parkour set by Elio Travagliaty from Italy.
‘I just followed suit, trying to keep my gallop smooth.’ – he emphasised.
Piergiorgio Bucci (Italy) with the 12-year-old Cochello came third.
16 out of 45 have managed to finish with zero penalties. It is worth mentioning that the competition was at the same time a qualifier for tomorrow’s Grand Prix. Six places were taken by those that arrived in Warsaw to compete as individuals. The Grand Prix will therefore see 44 Longines EEF Series Nations Cup representatives of particular nations, as well as those that have qualified today. Earlier Jackson Reed Stephenson from Great Britain made it to the top in the two-phase Medium Tour competition for the Sluzewiec Racecourse prize. He and his 9-year-old mare Muna vd Bisschop completed the round within 27,90. 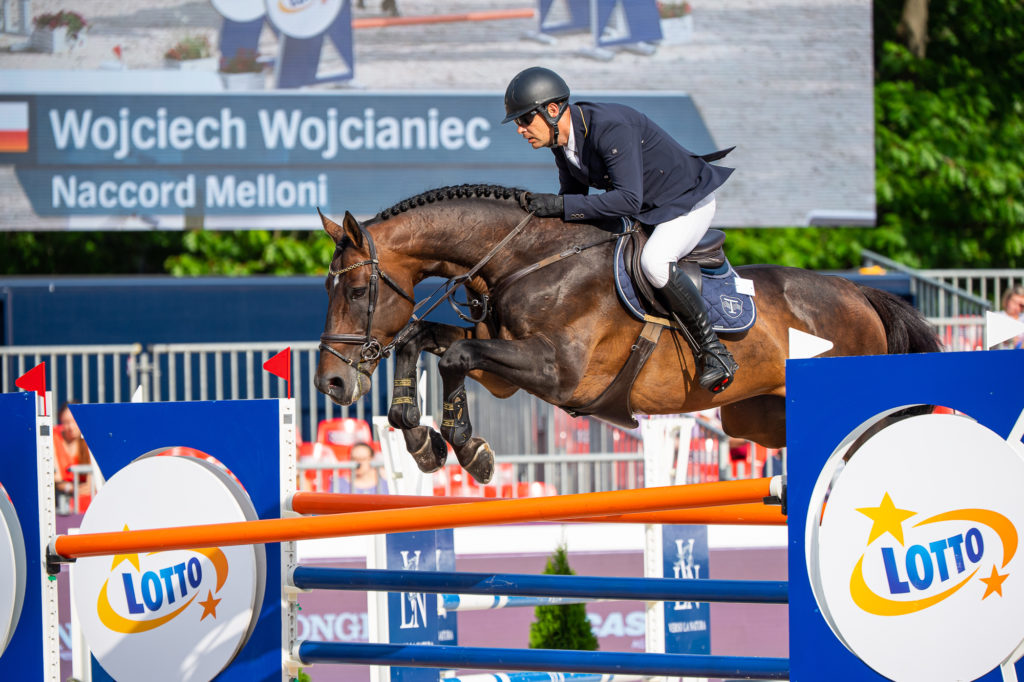 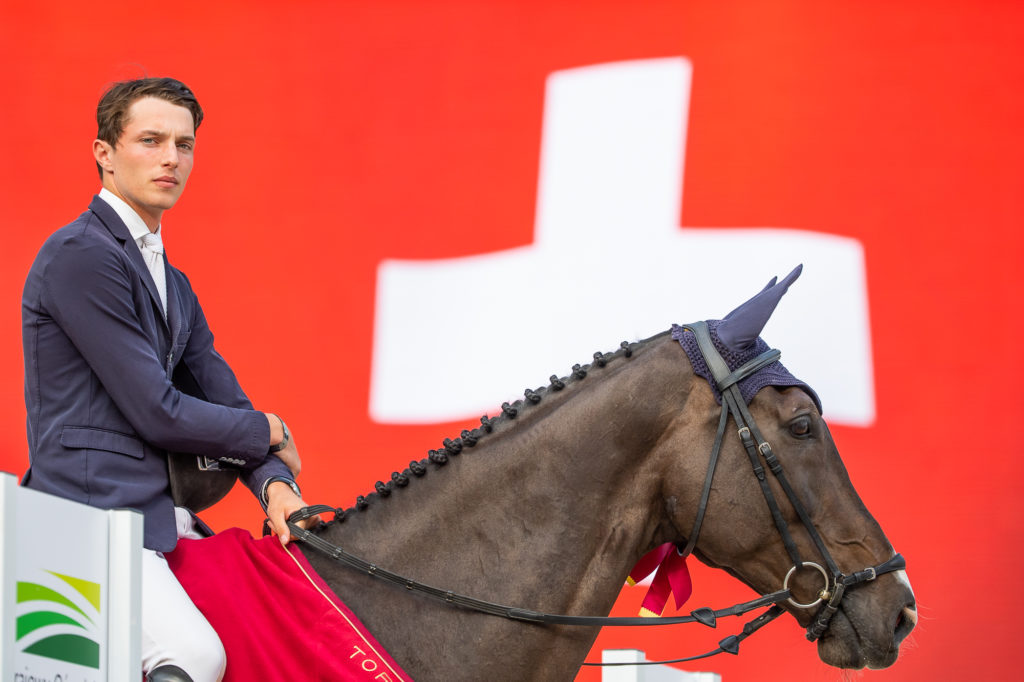 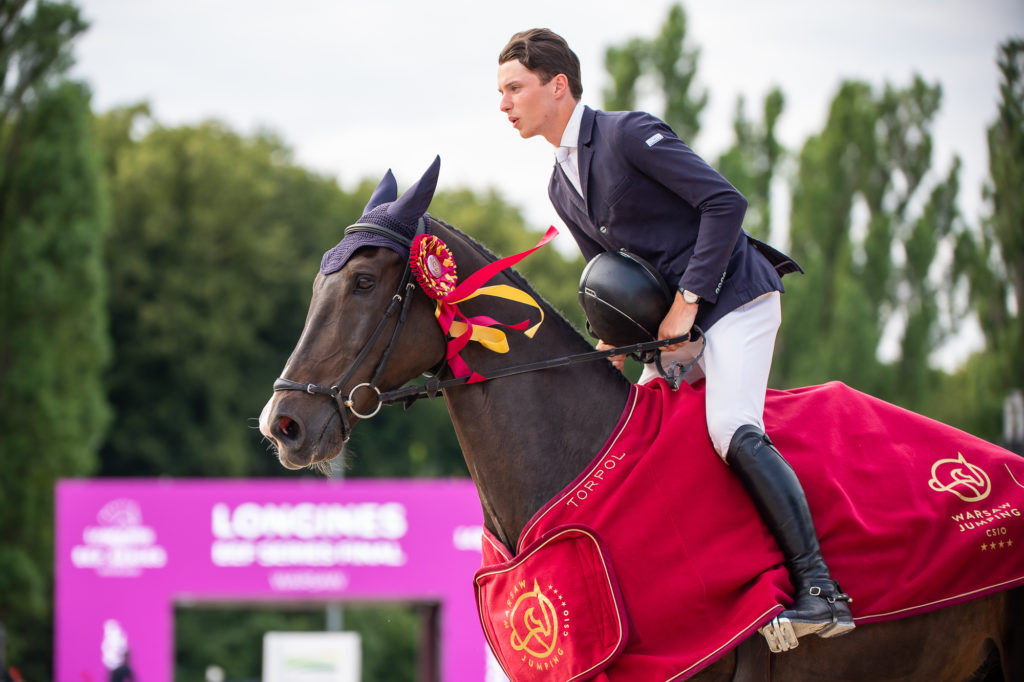 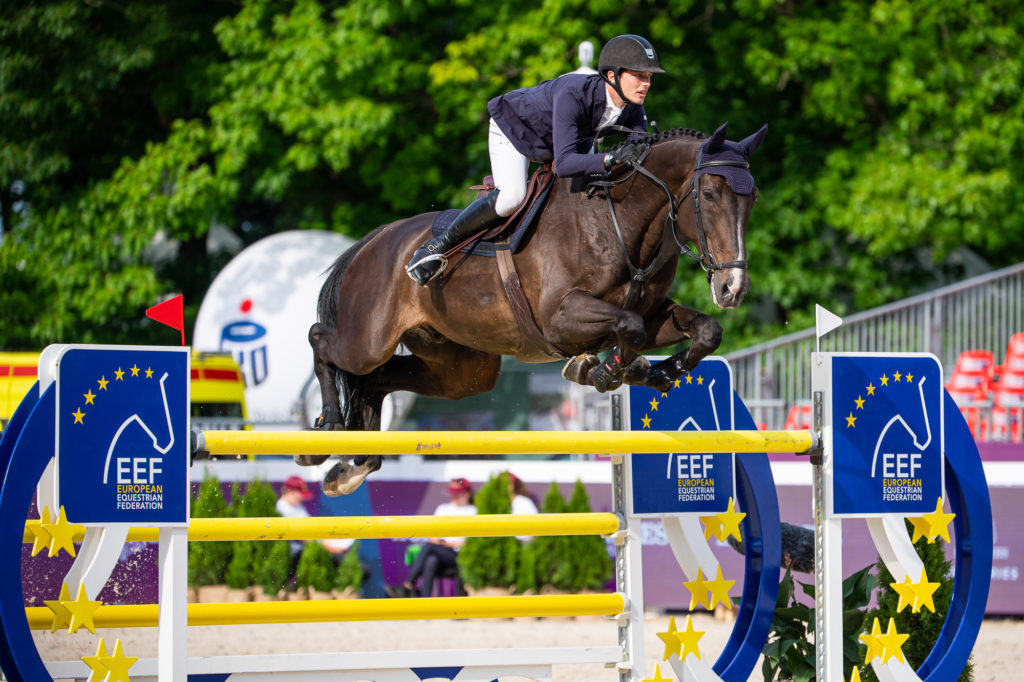 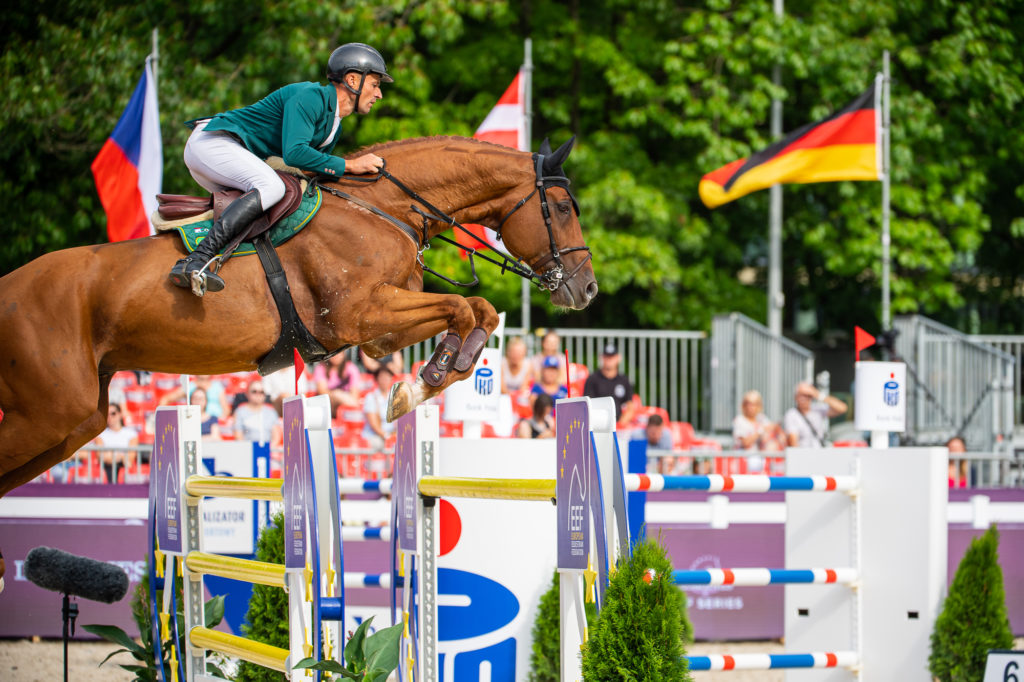 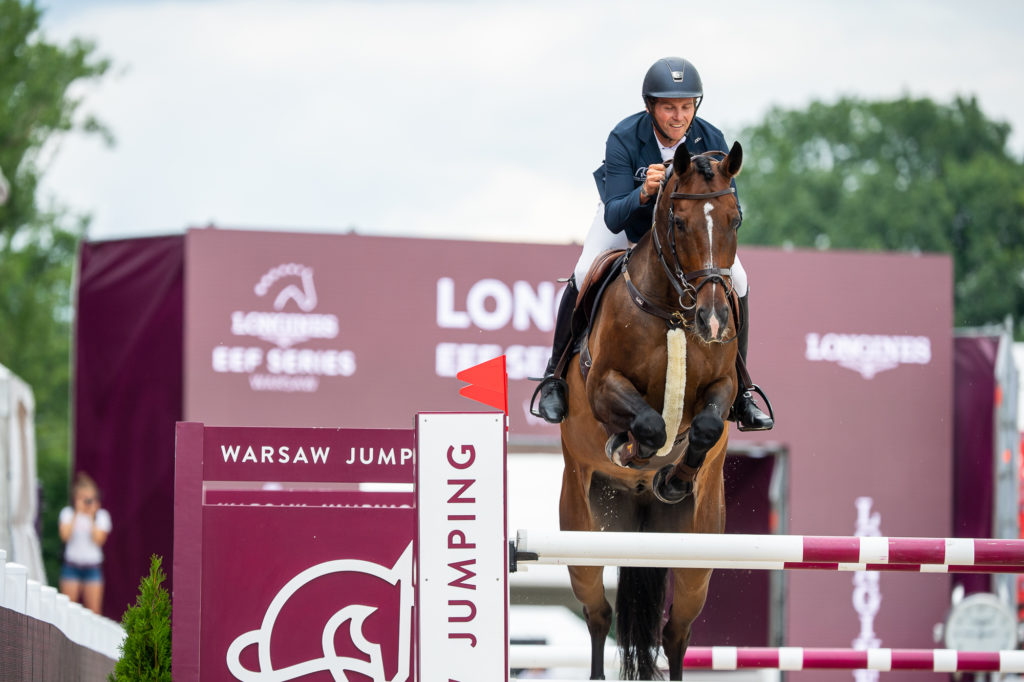 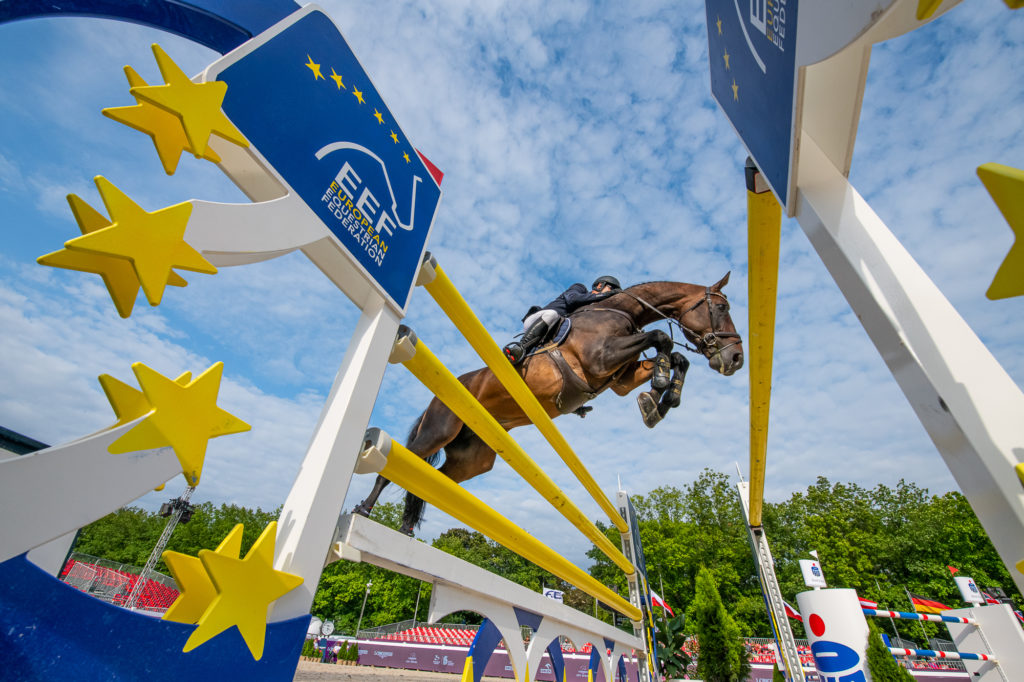 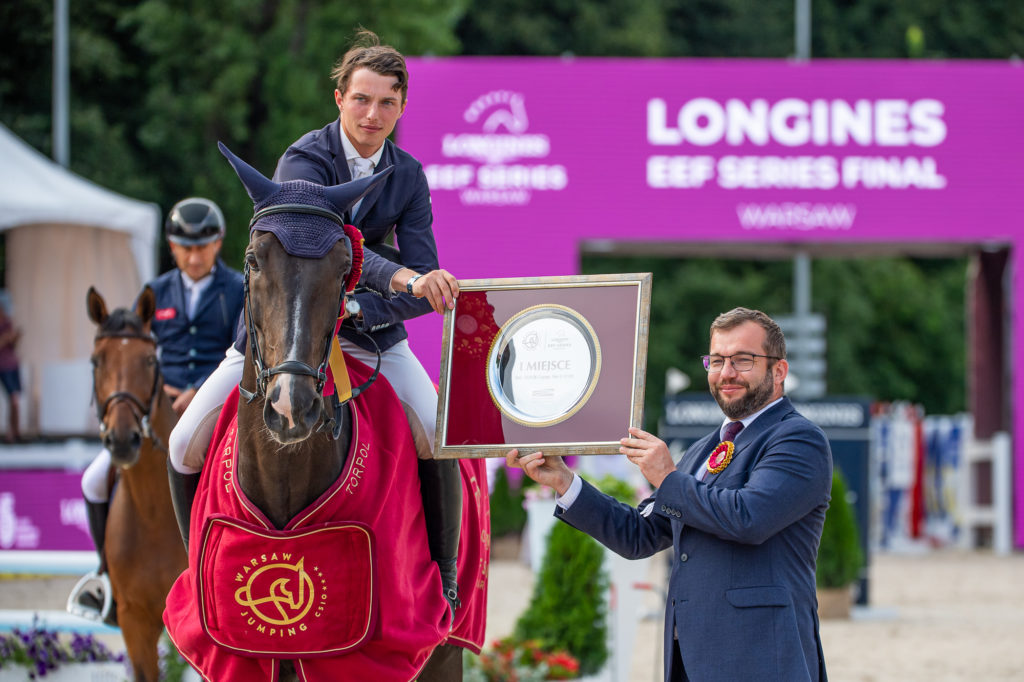 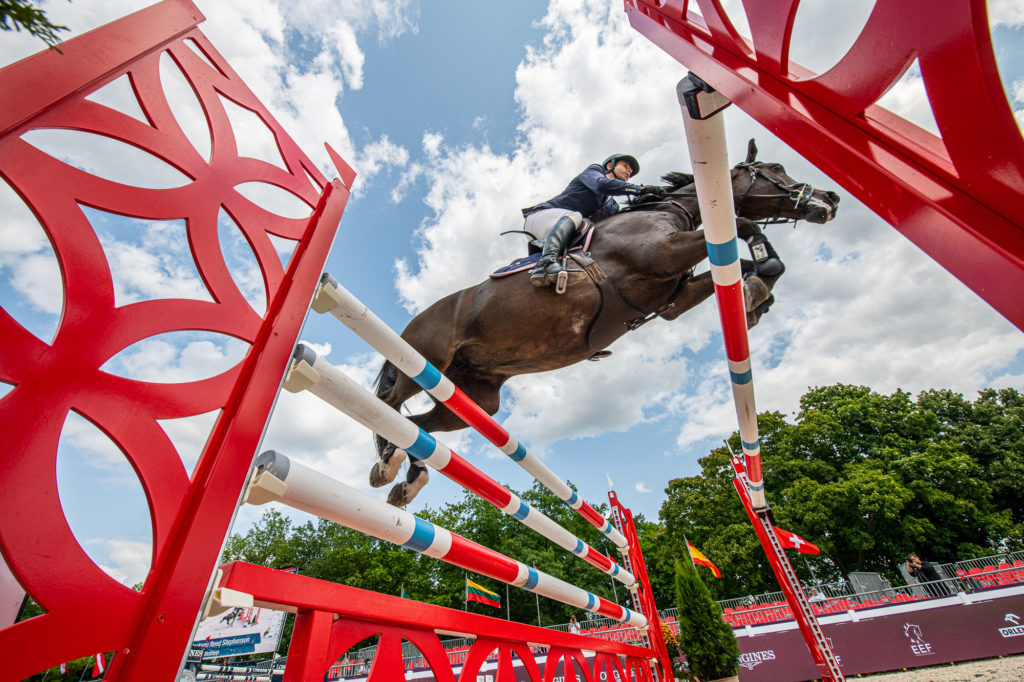 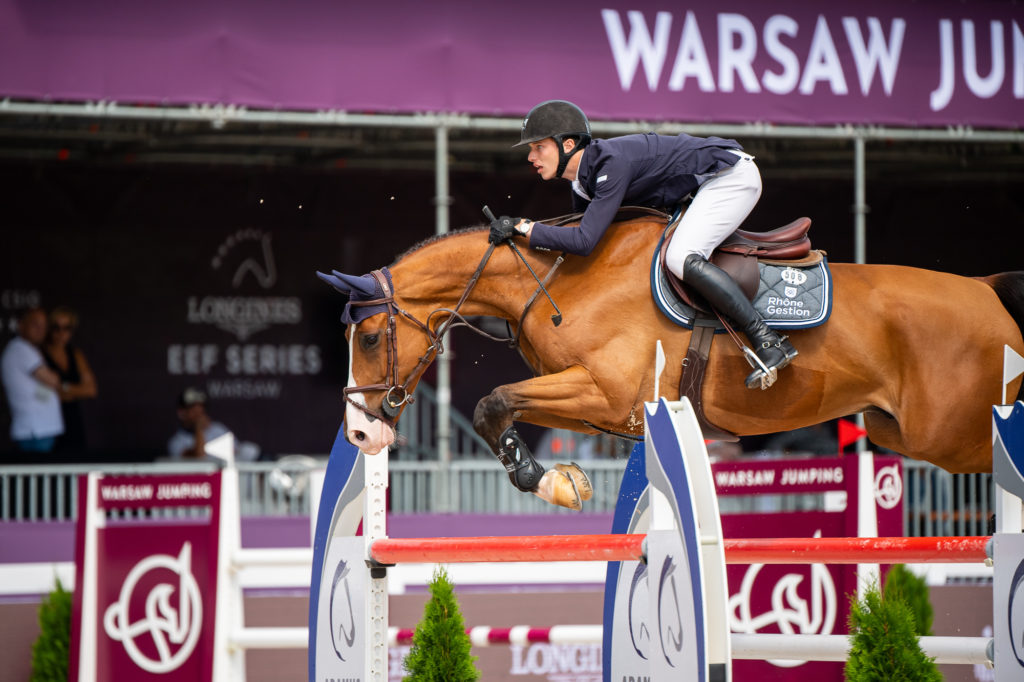 The EEF (European Equestrian Federation) was founded in 2009 with the aim of addressing the issues of the equestrian sports at a European level. Formally established in February 2010 with the adhesion of 27 National Federations (NF), including Italy, the EEF began to work with the International Equestrian Federation (FEI) to increase the influence of  European nations within the FEI which, at the 2018 General Assembly, unified the FEI I and II groups within the EEF Group. 2015 saw the start of a partnership between the European Equestrian Federation and Longines – the title sponsor, timekeeper and official clock provider of the Longines EEF Series. The EEF currently includes and represents 38 European National Federations.