There were plenty of surprises at the Budapest CSI3* W held at the National Riding Hall hosting the second semi-final of the Longines EEF Nations Cup Series over course built by chef de piste Gerard Lachat.

After a first impeccable round with a total of zero faults, in the second round, also thanks to a double clear by Sven Schlüsselburg and his powerful grey, Germany managed to hold its lead and beat both Switzerland (12 faults) and Austria (20 faults).
The other teams competing fought for fourth and fifth place, which meant qualifying for Warsaw. The Netherlands and the Hungarian hosts managed to both finish on 24 faults and were ranked according to time.

For the Dutch team the decisive round came from expert rider Wout-Jan van der Schans on A S Bombay, allowing the ‘Orange’ team to finish ahead of Italy (27 faults).
After a first round best forgotten, the clear rounds ridden in the second one by Massimo Grossato on D Mark and Piergiorgio Bucci on Diem J&F Champblanc were not enough for Italy to recover one position in the ranking.

Having won the Longines EEF Nations Cup Series Final last year, this year Italy will therefore not be competing in Poland to defend the title won in 2021.

The teams competing in the Warsaw 2022 Final in September will be Austria, Belgium, Germany, Hungary, Ireland, Portugal, The Netherlands, Spain, Sweden and Switzerland as well as Poland that will compete as the 11th team since it is the host nation. 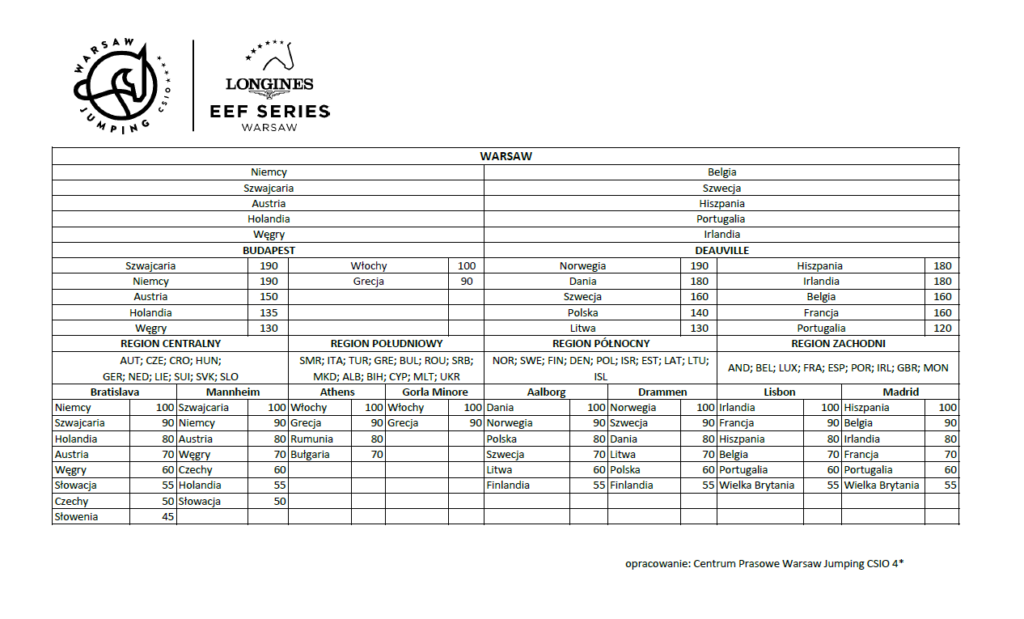